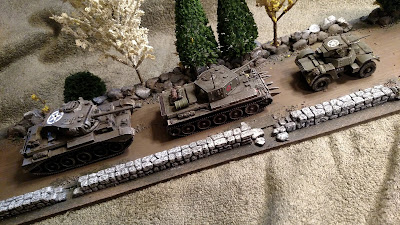 Well finally we have some additional armor for the Black Bull, British 11th Armoured Division. Here we have the completed A34 Comet Heavy Tank, a Cromwell MK IV and a Daimler MK 1 armored car. 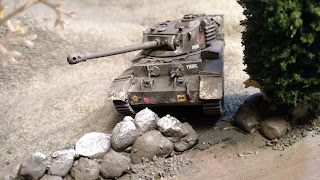 The Comet, advancing toward the main road through the low stone wall.... 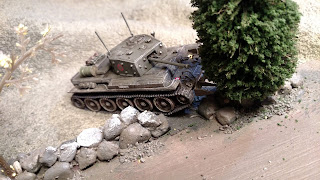 and Cromwell making use of its bocage cutter, are patterned after the 29th Armoured Brigade's 2nd Fife and Forfar Yeomanry Regiment. 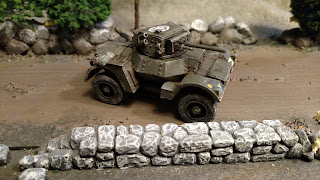 The Daimler is part of the supporting Recce Regiment, the 2nd Northhamptonshire Yeomanry. 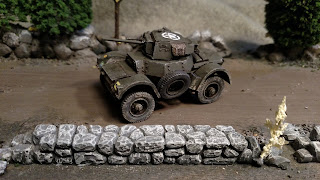 The Daimler was a 4 wheel drive vehicle with a 2 pounder canon. 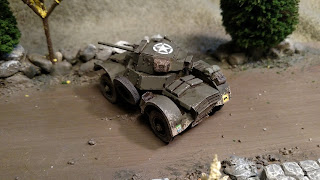 In Bolt Action it has the Recce rule to get out of sticky situations. 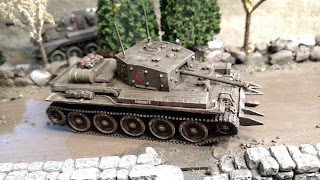 The Cromwell is a great all around medium tank in Bolt Action and still my favorite from World of Tanks! 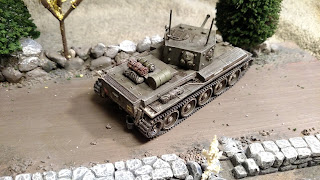 Here you can see added stowage and the crew left their bucket hooked on the rear of the vehicle. 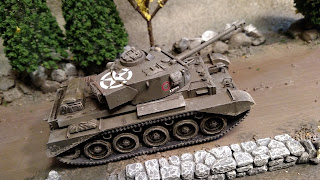 Now for some punch, the A34 Heavy Comet tank!! 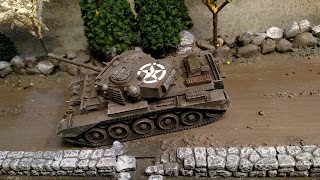 This guy can pack a punch and has serious armor comparable to a Panther. 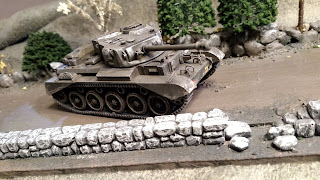 The A34 Comet was the last British tank type to enter the war. The 11th Armoured Division received the Comet in January of 1945. 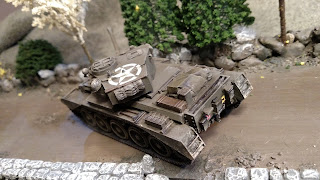 Have a Great Battle!!!
The Old Crow

Posted by Battleground Hobbies at 10:16 PM