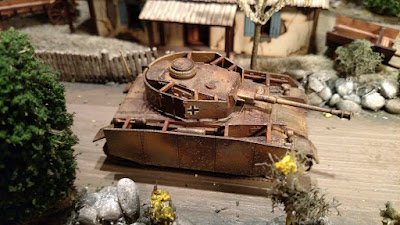 Well When you don't have time to show off your own stuff, show off someone elses!! David Dinsmore has been cranking out German Armor and these are just a few of the new ones. We featured some of his Soviet armor in an earlier post. 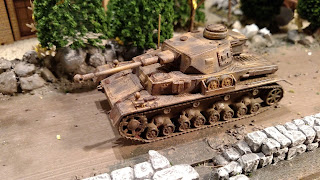 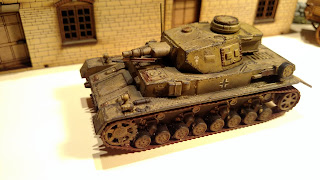 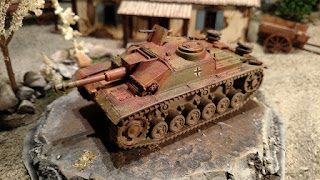 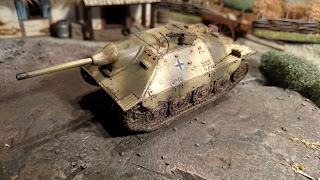 and last but not least a Jagdpanzer 38(t) Hetzer 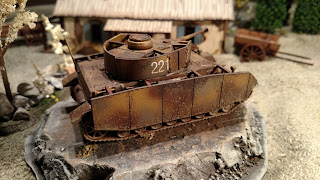 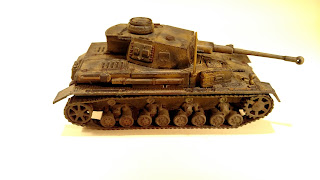 The Panzer IV fought from the invasion of Poland to the fall of Berlin. The Panzer IV was constantly updated, with its sound design giving it a longevity well beyond that of its contemporaries. 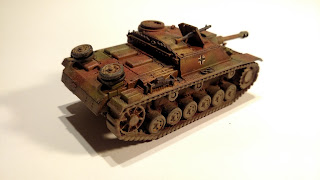 The StuGs were welcomed by the infantry, supporting their attacks with HE shells or knocking out enemy tanks to the extent that by the end of hostilities, they had amassed more kills than any other German vehicle. 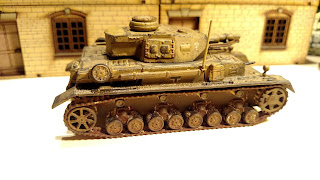 The last great bit of news is these are all for sale on our eBay store!
Posted by Battleground Hobbies at 9:10 PM 4 comments: