28mm Steampunk Buildings for In Her Majesty's Name

Novus Design Studio is an online only retail business that makes quality resin buildings and accessories, including a couple Steampunk buildings. 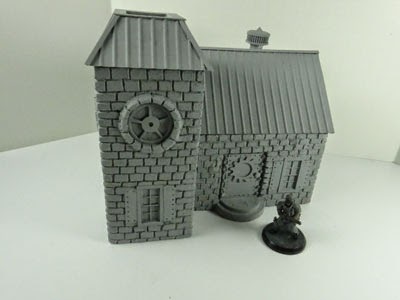 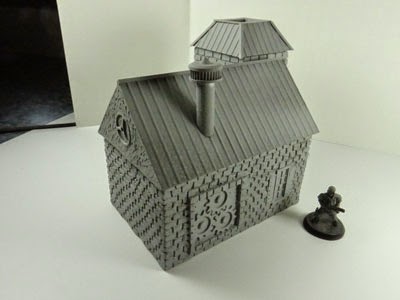 The model features 2 lift off roofs and a detailed interior ideal for your troops. 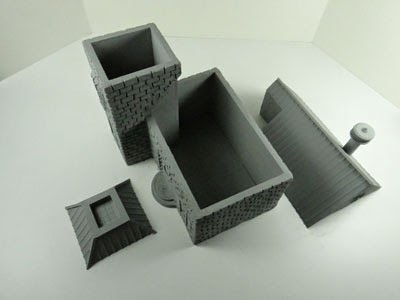 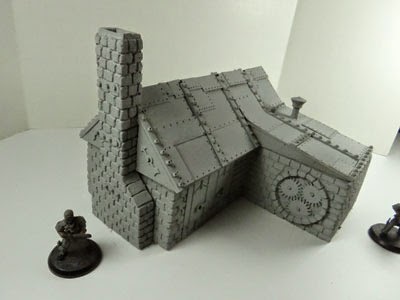 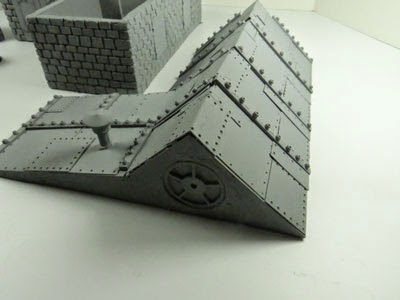 A set of heavy metal doors and a lift off roof completes the factory details. Anyone in need of a repair facility for their machines need look no further! 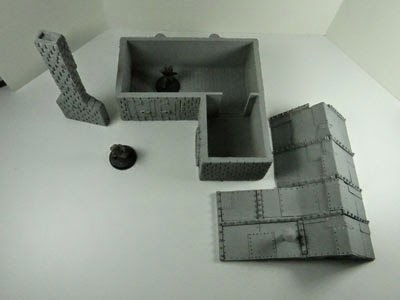 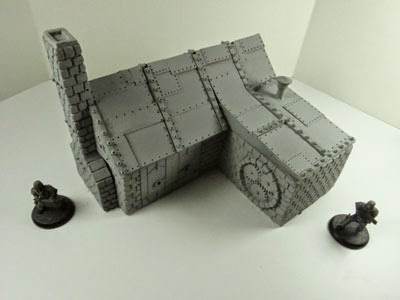 Posted by Battleground Hobbies at 1:15 PM No comments:

Email ThisBlogThis!Share to TwitterShare to FacebookShare to Pinterest
Labels: In Her Majesty's Name, Steam & Aether, Steampunk 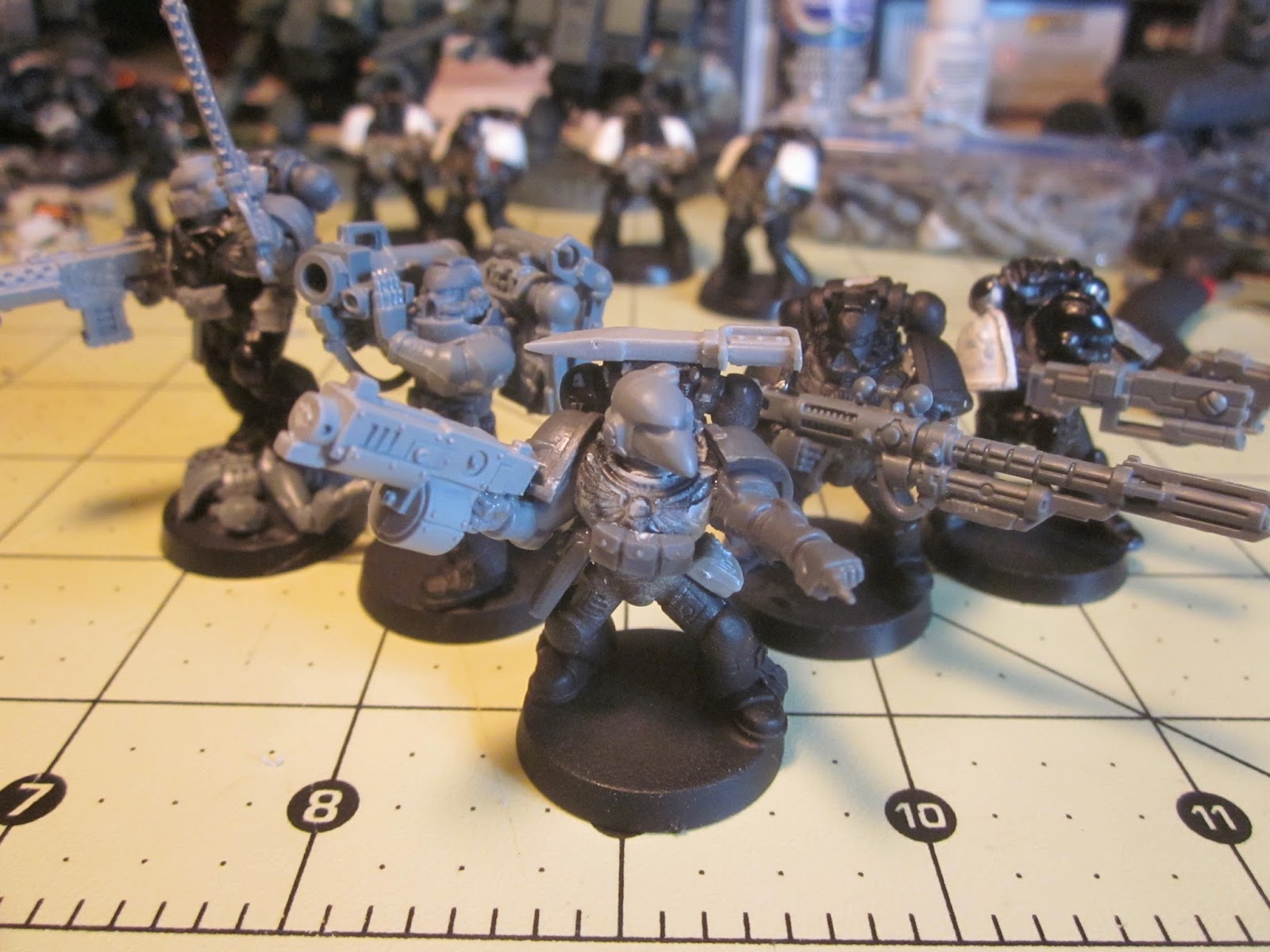 Here is the beginning of our customized Warhammer 40k Space Marine squad to go with the Lost Legion Dreadnoughts. Did a great deal around the house today and finally had an hour to squeeze in a few conversions. These were a set of 10 Space Marines picked up used, cut up a bit and converted to fit our "Lost Legion" feel. If you missed the Dreadnought post, these guys have been stranded out on the edge of space and living off the land. 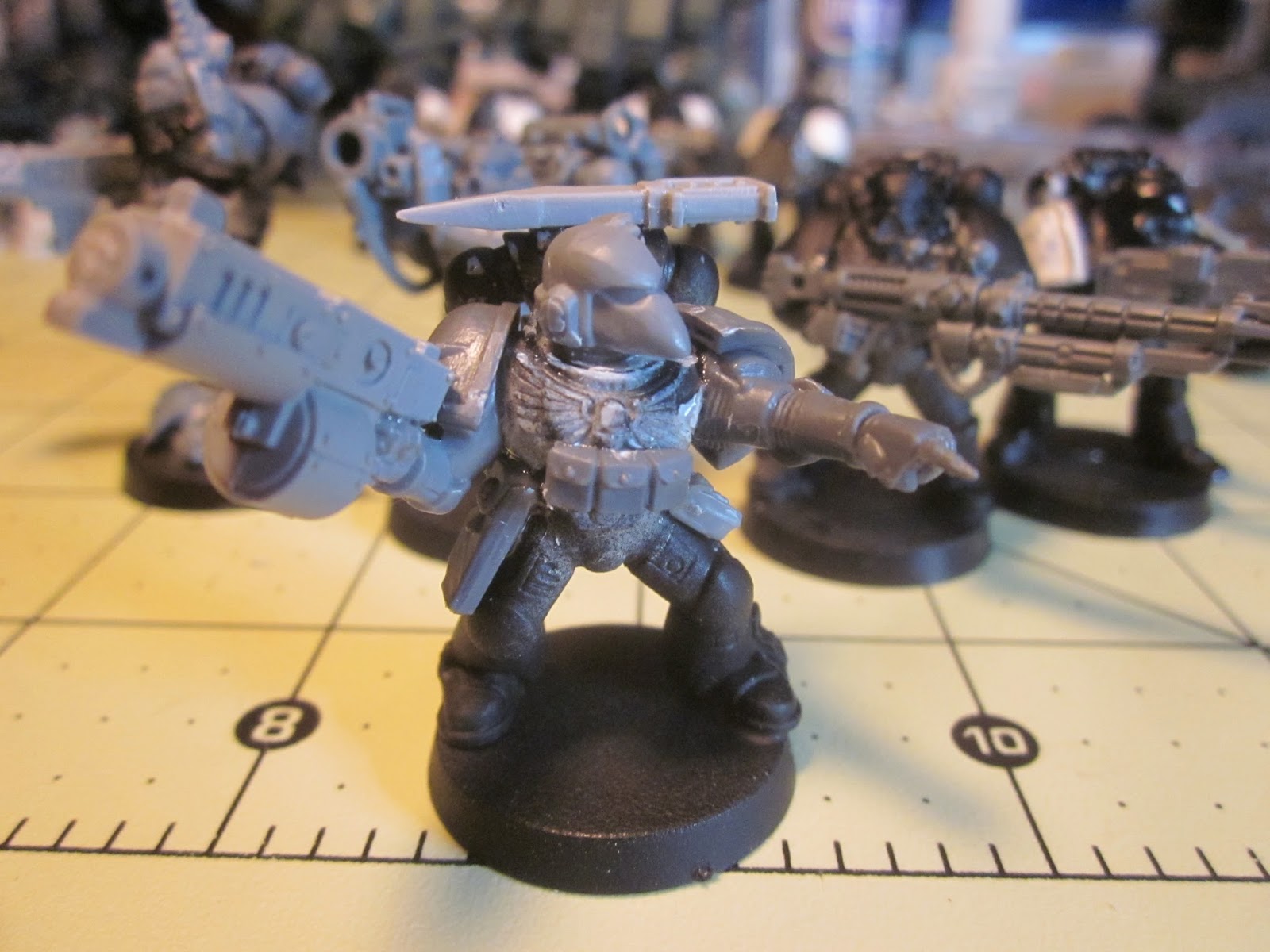 They have a hodge podge of weapons scavenged off the battlefield. Our squad leader is packin an orc shoota and has a choppa slung over his jump pack. He also is sporting a sidearm and plenty of ammo pouches. 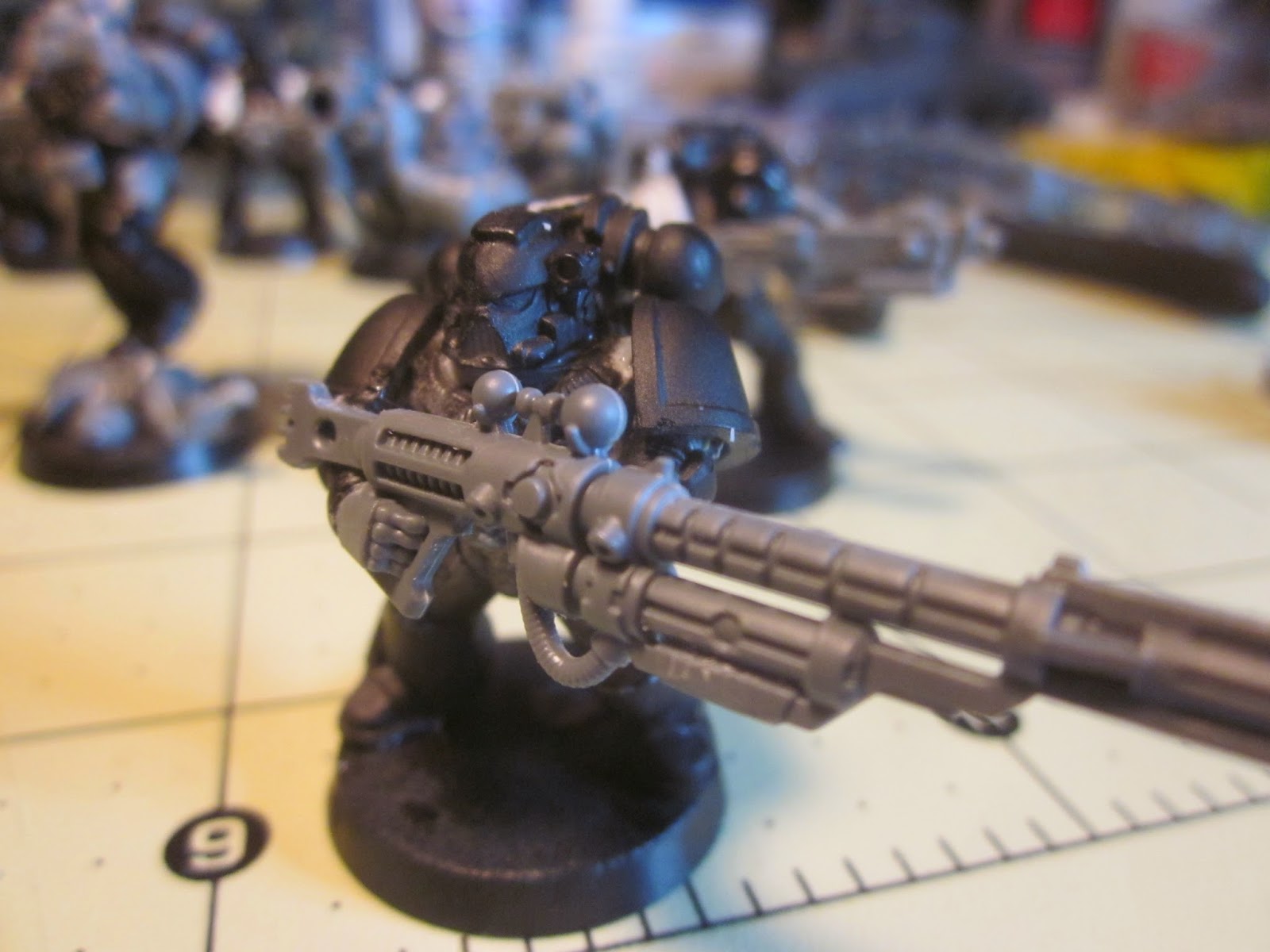 Next is our rifleman. He's taken up a Necron sniper rifle and has held on to a few grenades. He also has a charging pack slung on his back belt under the jump pack 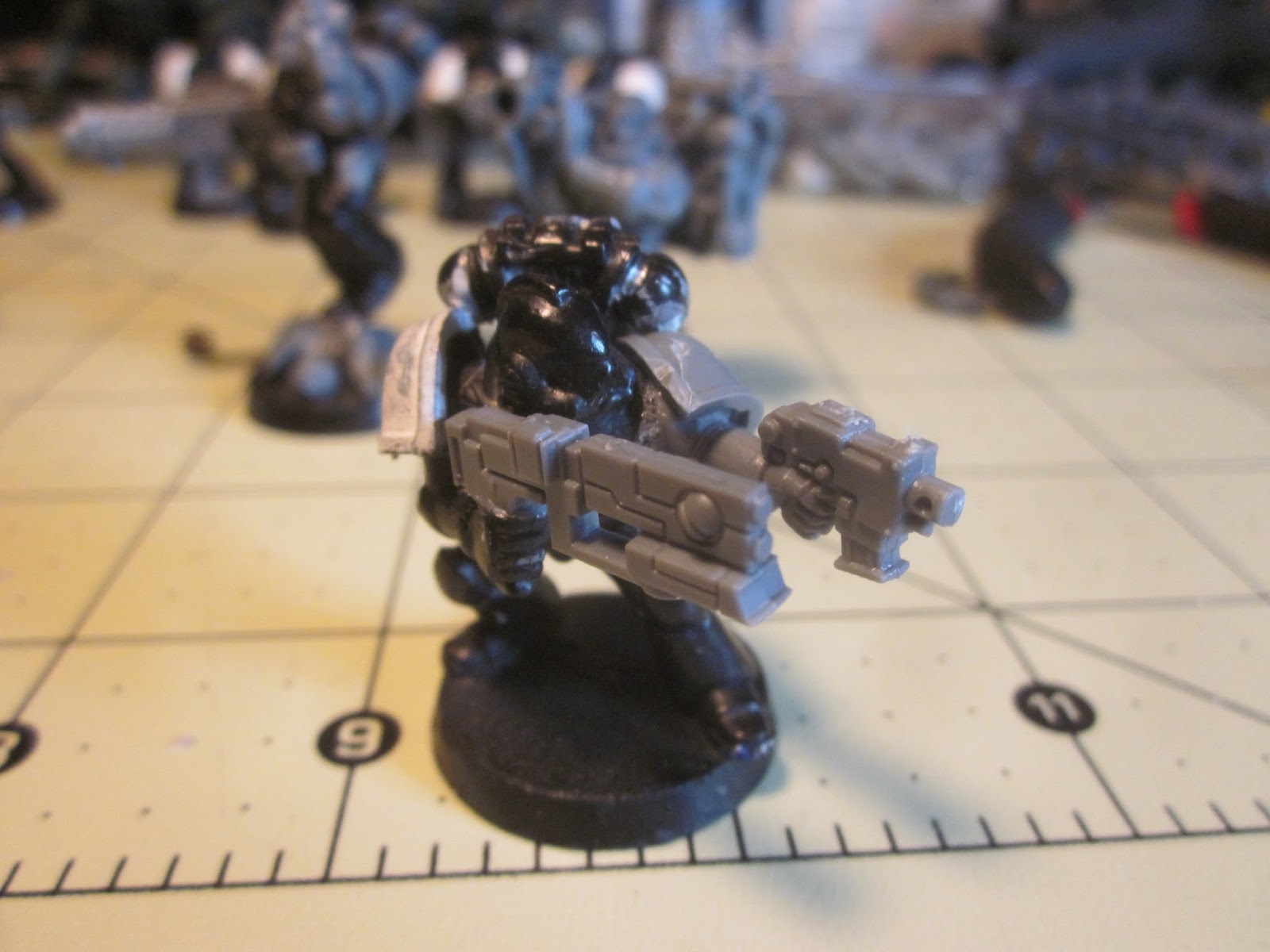 This Space Marine is carrying a traditional bolter but has also scrounged up a Tau weapon converted from a downed drone. 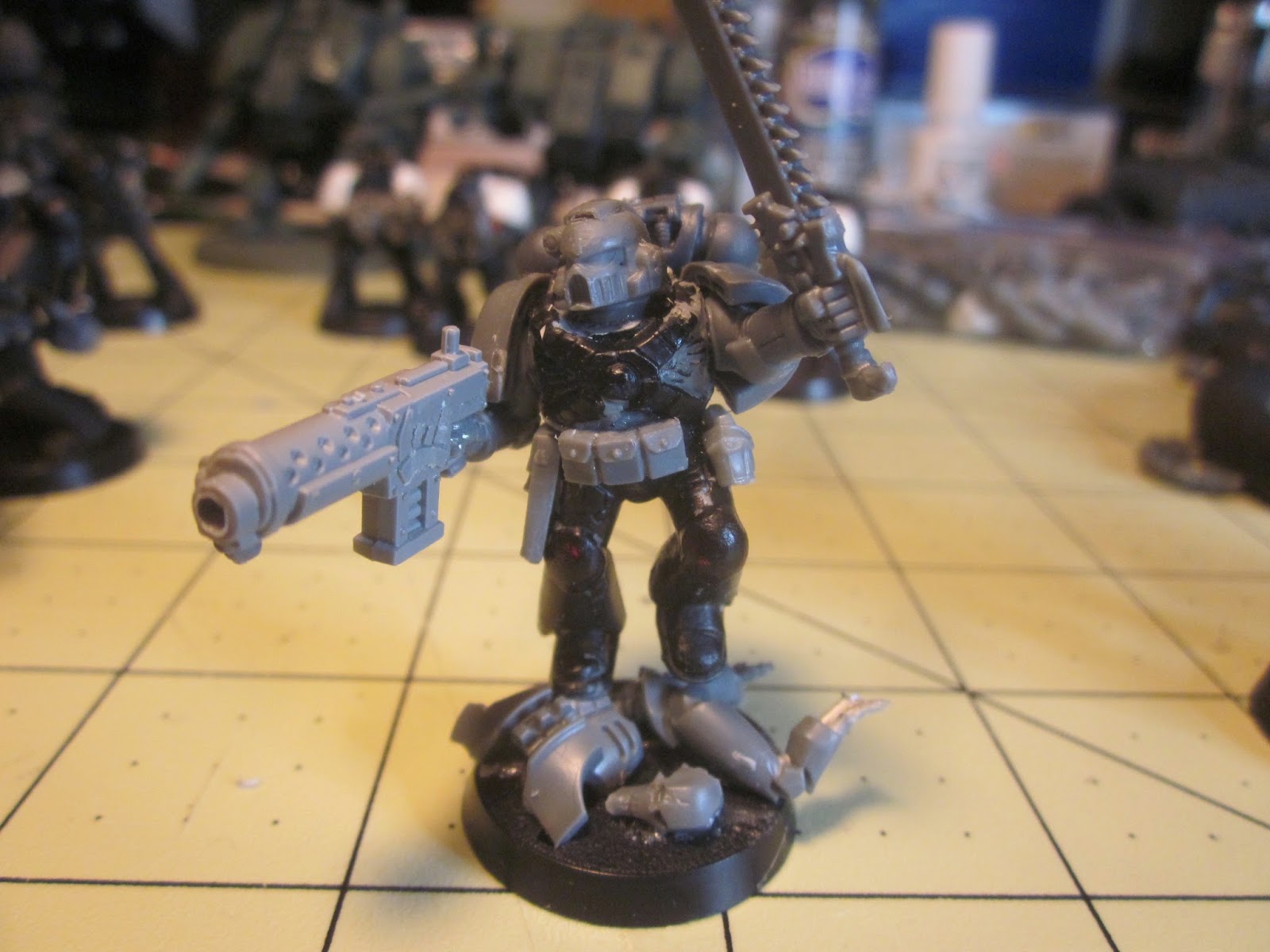 There is a heavy weapon specialist, you can see above, who received a standard rocket launcher, extra sidearm and grenades Then there's this guy. 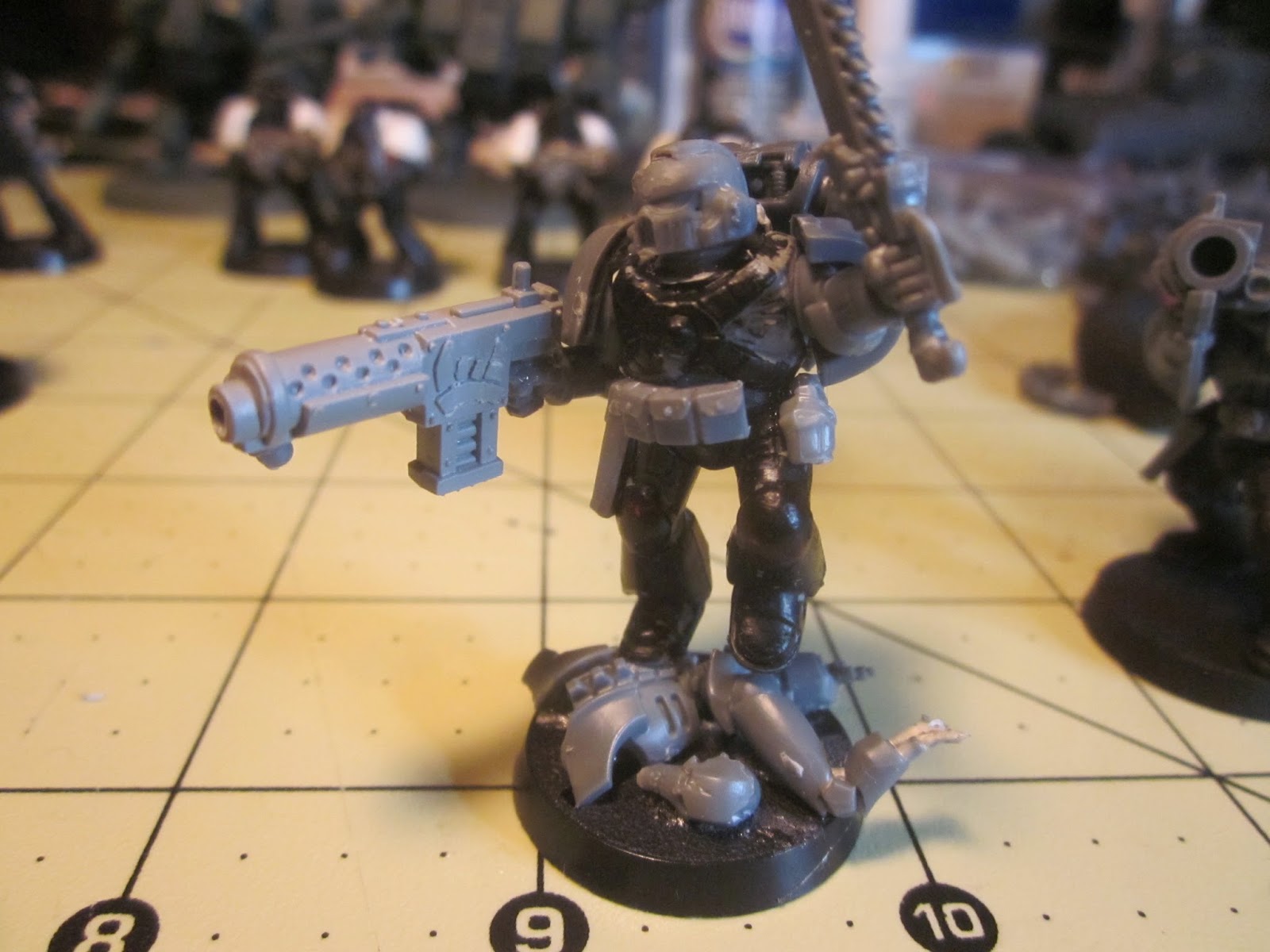 We wanted something a little more dynamic so we gave him an orc shoota and an outstretched chainsword arm to look like he's on the attack. Using Necron bits a destroyed warrior was mashed together and the Marine positioned like he was running over top of the fallen enemy. We added ammo pouches, a sidearm and other extras. 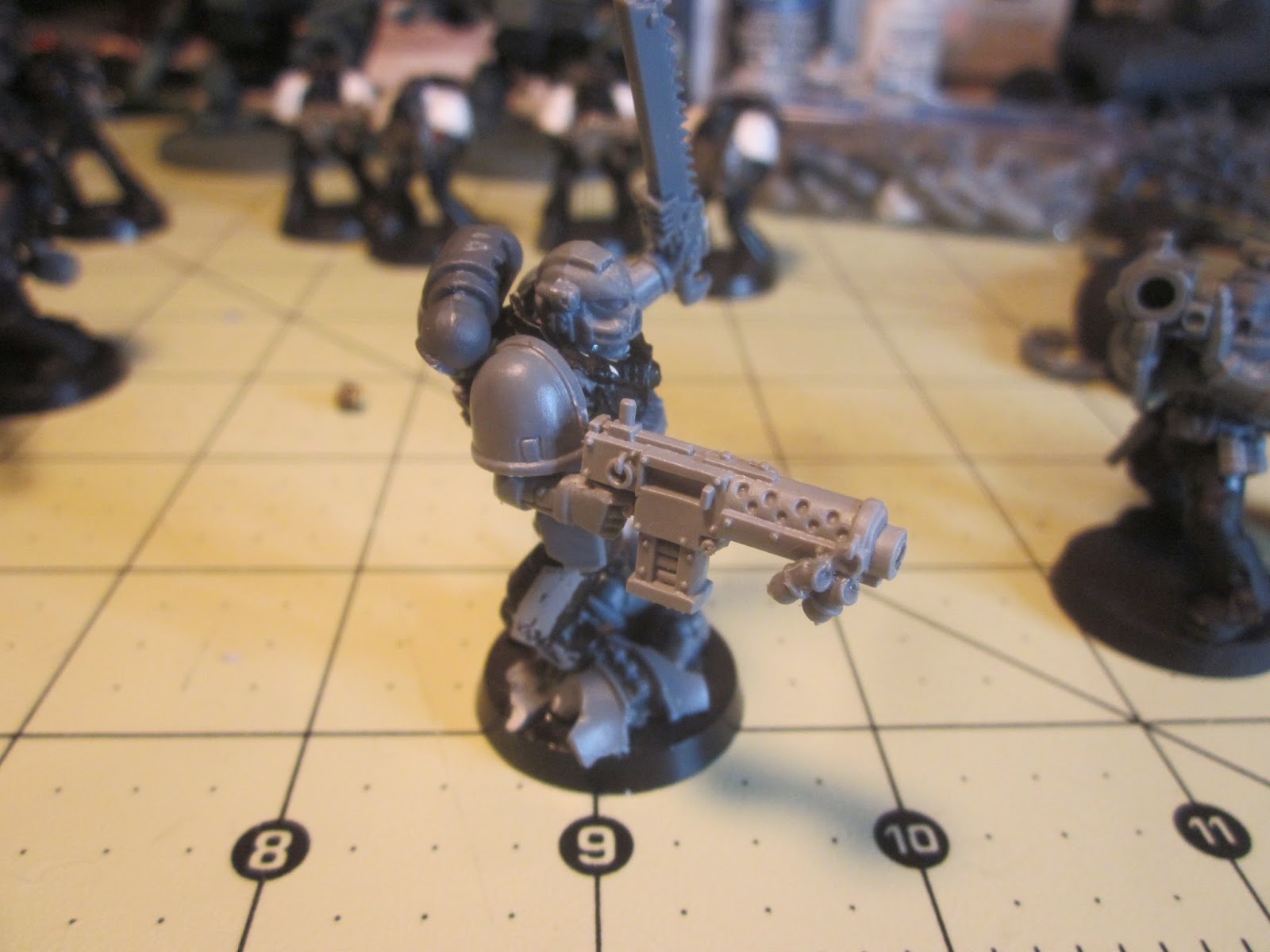 Seeing the big rings on the side of the shoota, we decided to hook on some grenades., He can sling the gun over toward his left hand grab, shoot and throw! We'll post more as they get finished.

Posted by Battleground Hobbies at 10:10 PM No comments: