How To: Modular Game Tiles for Bolt Action, Warhammer or Hail Ceasar 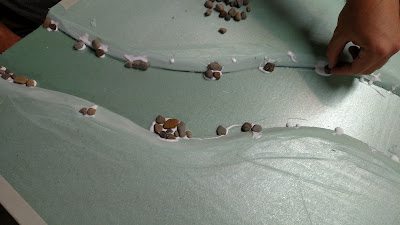 We started a great little project of some modular game tiles for the tabletop. We wanted some basic terrain like rivers, hills and plains. We also wanted some more hill like areas with impassible terrain and a defensive trench work..

All this considered, we divided the polystyrene board into 2 foot sections. the plain tiles are one inch thick and the river sections are made up of two half inch pieces sandwiched together. In our previous exploit we used 2x4 pieces. The top piece is cut in the river bed and attached to the bottom piece with either hot glue or polystyrene glue. Smooth rocks and some gravel were added to the river bed. 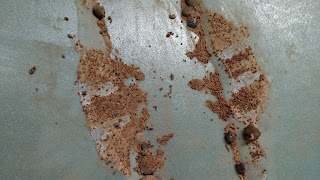 A ford was carved and track marks added. We sanded down the rough edges with 100 grit sandpaper. 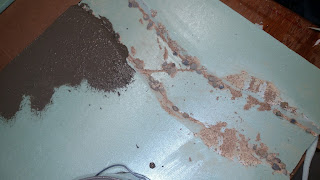 A paint/texture mixture was then applied to all the ground surfaces. 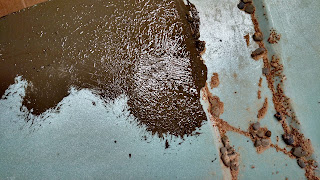 Here it is going on. We used a mismatched can of latex paint and added sand, gravel bits and sawdust into the can. 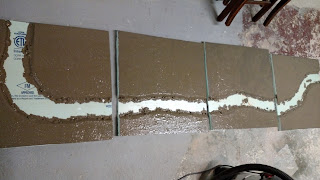 And here are all the river sections. The large 90 degree bend also has a small 90 on the opposite side. 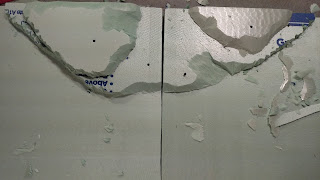 Next we began to carve the mountains. We wanted to use them in multiple configurations and have at least two levels high. A mountain road was carved to allow access to all levels by vehicles. 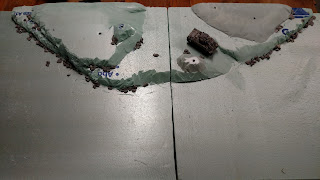 This is it with rough rocks and a Sherman for scale. 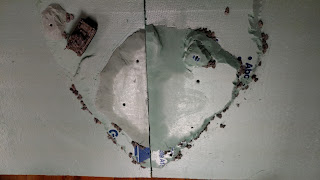 The boards can be turned like so. So now we move on to the textures and painting and we'll show you the trenchworks.

Till then, Have a Great Battle!
The Old Crow
Posted by Battleground Hobbies at 3:02 PM 1 comment: