Warlord and Artizan 28mm Models for Bolt Action in Progress 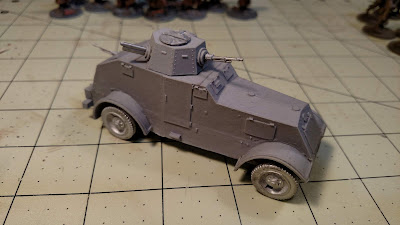 Well there are always more models to build and paint! We are like everyone and have several additional projects all going at the same time. For our early war Polish Army we have the wz.29 Ursus heavy armored car from Warlord Games! 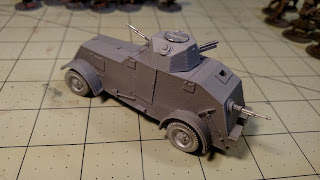 Designed in 1929, the Samochd Pancerny wzr 29, was more commonly known as Ursus. It was based on the chassis of a 2-ton truck, mounted a 37mm anti-tank gun and multiple machine guns. Although adequately armored for the inter-war period, the Ursus fared poorly when facing more modern opposition in 1939. 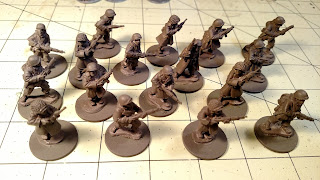 Another Bolt Action project is our US Army in Greatcoats for winter campaigns. You can see an earlier post HERE. These are recently primed reinforcements to bolster the Battle of  the Bulge. 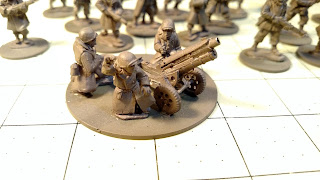 Add a light howitzer, this one from Artizan Designs, and these boys will be ready for the onslaught. 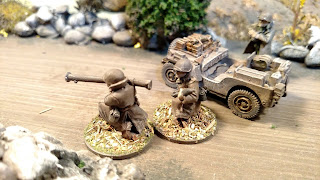 This bazooka team was painted to add firepower. Remember to keep the get away jeep close by. 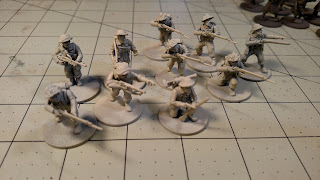 And of course you can always use an extra squad of British Infantry.

Posted by Battleground Hobbies at 6:13 PM No comments: 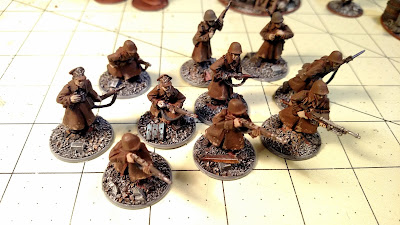 The early war Polish forces are moving toward the battle ready mark. It's been way to long once again since we posted anything. The finished infantry squad we shared back in February has finally been based! 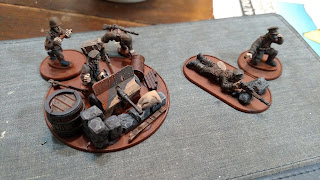 The support units had a paint job over a weekend vacation over Memorial Day. 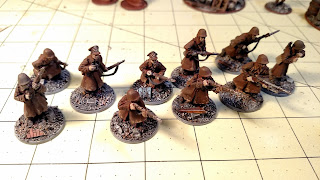 Now the bases have been finished. We decided the rubble of the war torn streets of Krakow or one of the many other Polish cities would make a fitting setting. 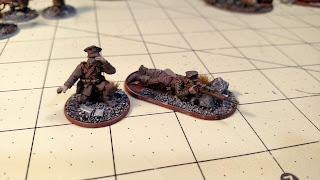 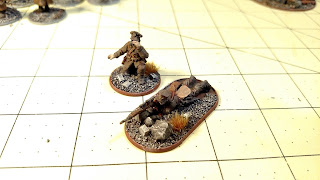 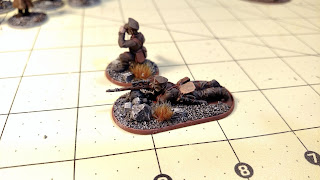 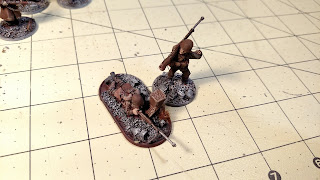 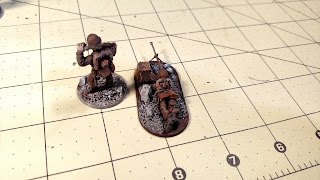 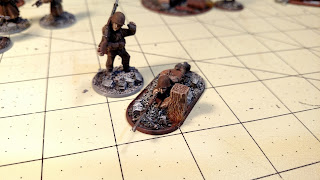 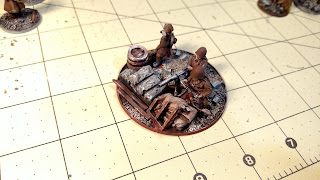 For some extra attack dice, the Polish wz.30 MMG team is ready for action 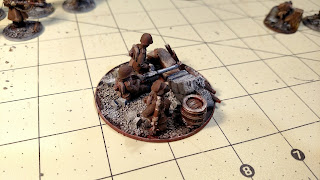 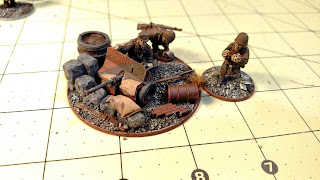 And the Polish Army Bofors 37mm anti-tank gun will try to stem the tide of the Panzers. 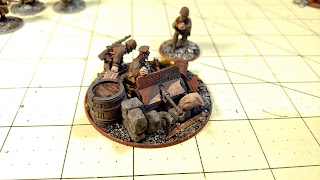 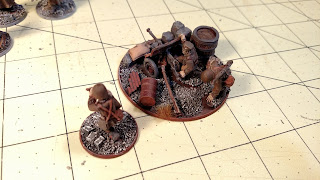 Have a Great Battle!!
The Old Crow
Posted by Battleground Hobbies at 8:14 PM 2 comments: