Model Building 101 and the World of Tanks 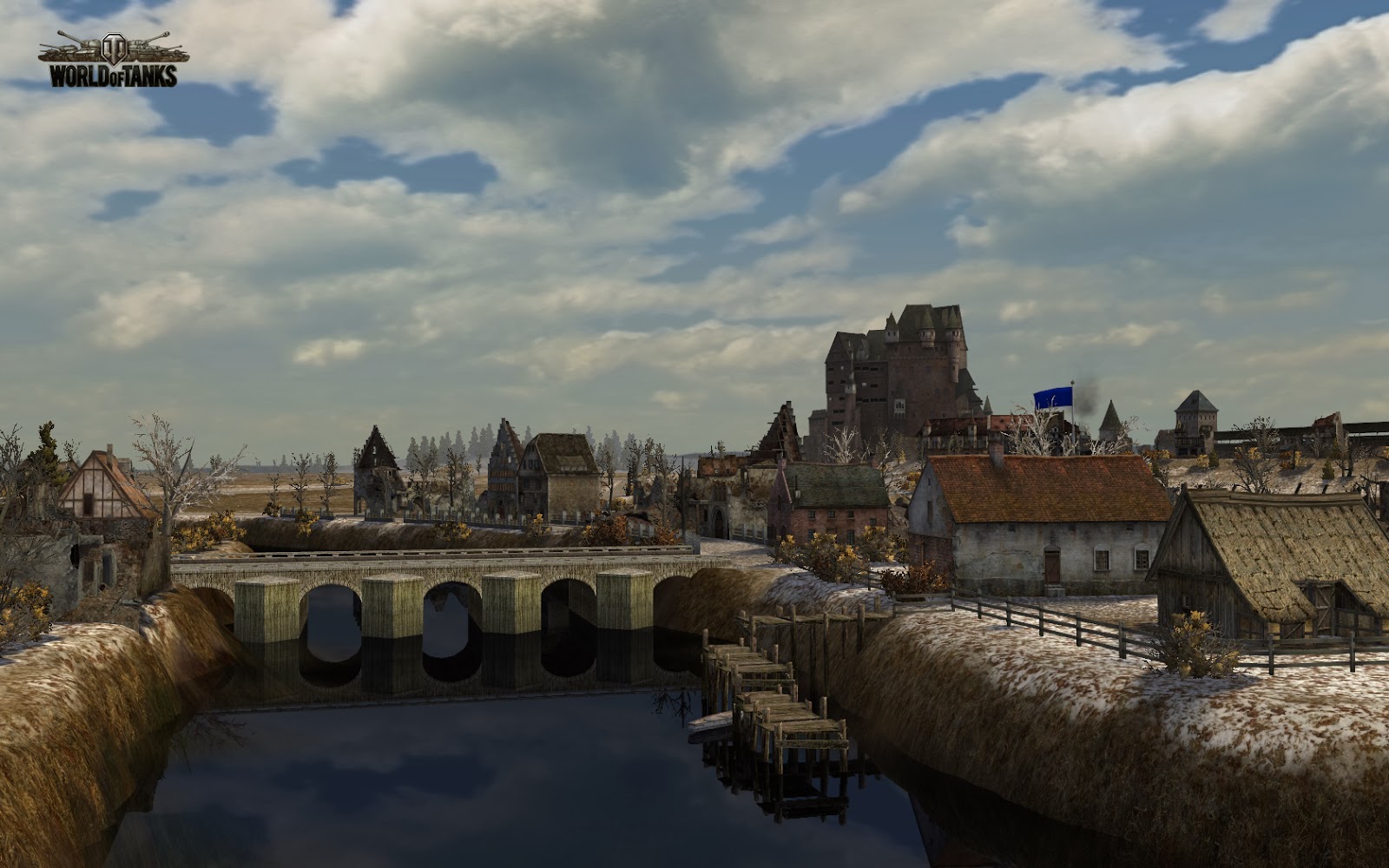 We have been busy and after the large post on Bolt Action Tanks late last month we started a class in Model Building and Miniature Painting. As mentioned, I have been playing to much on the computer and not enough on the table-top. World of Tanks is a great deal of fun and a 3D environment filled with gorgeous scenery and buildings. 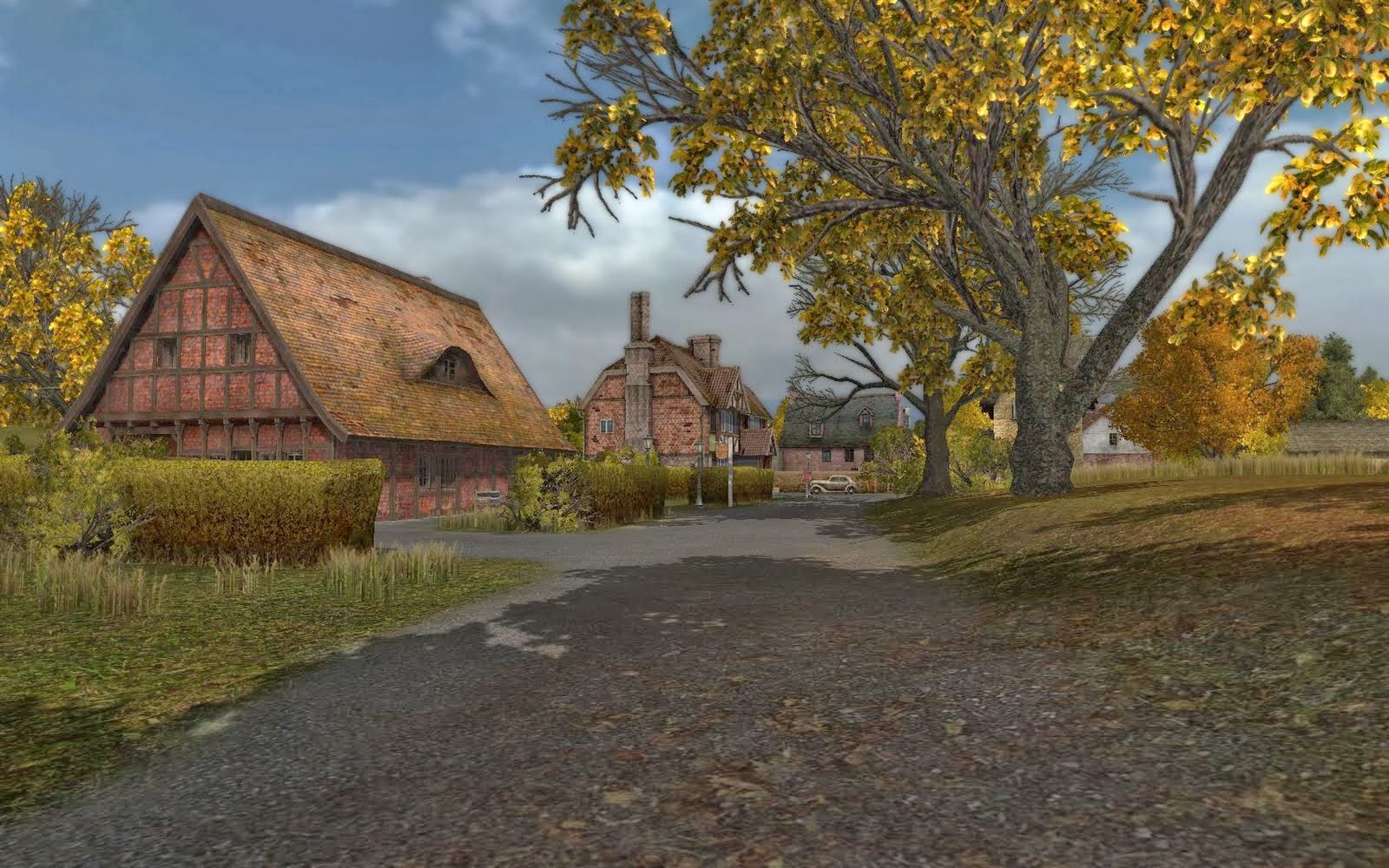 After getting shot to pieces numerous times from minding the details in the architecture, rather than enemy tanks, I decided to build some of it. Here is a particularly nice building and my blown up tank. I was parked beside it admiring the details when the roof exploded and I decided to leave without looking . 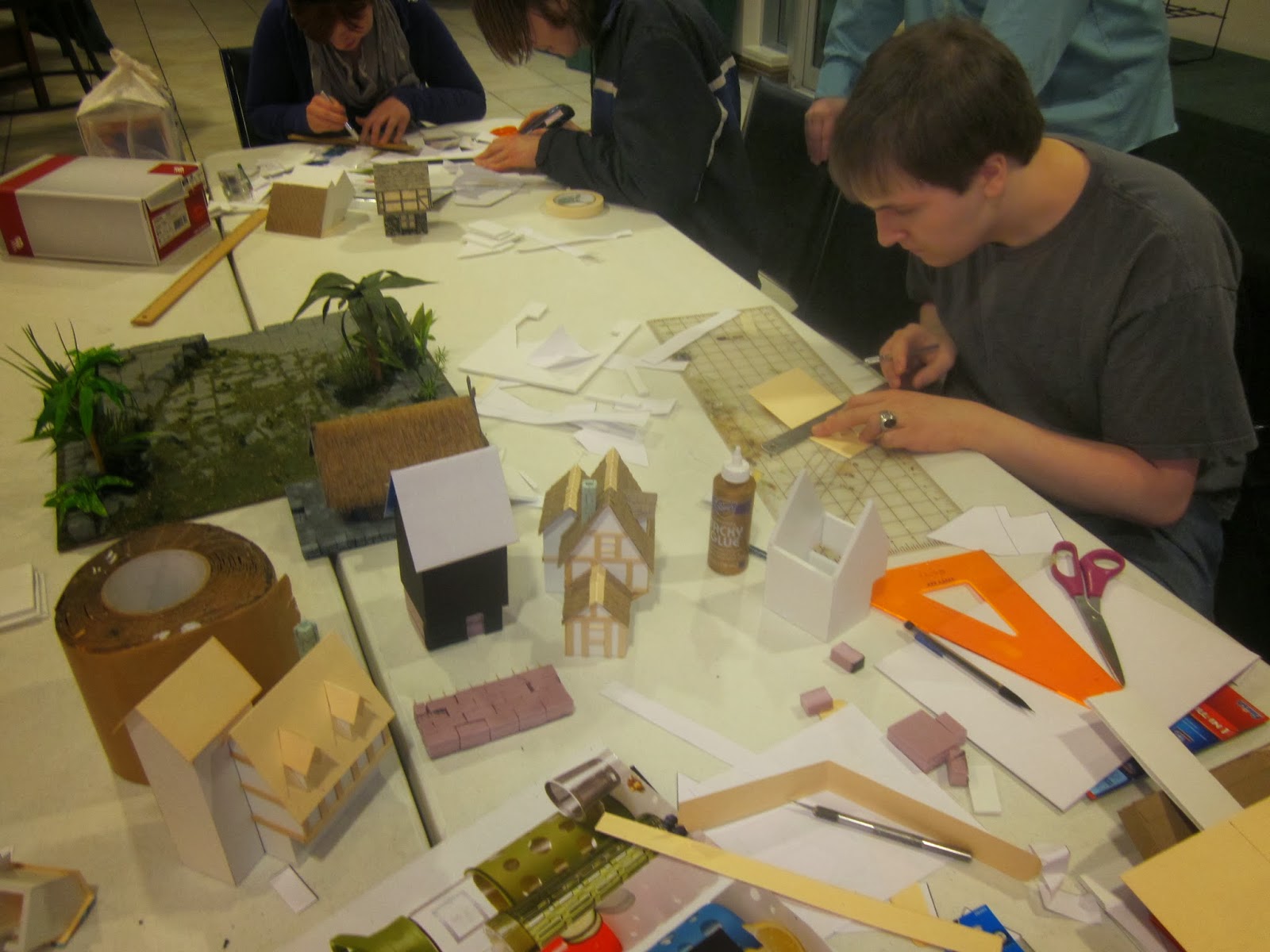 OK, the class. We had the opportunity to start a class in the Pittsburgh area. There was a lot of interest and it started in January with 8 enthusiasts in the class. Most have never built models or painted miniatures so it's been an adventure. 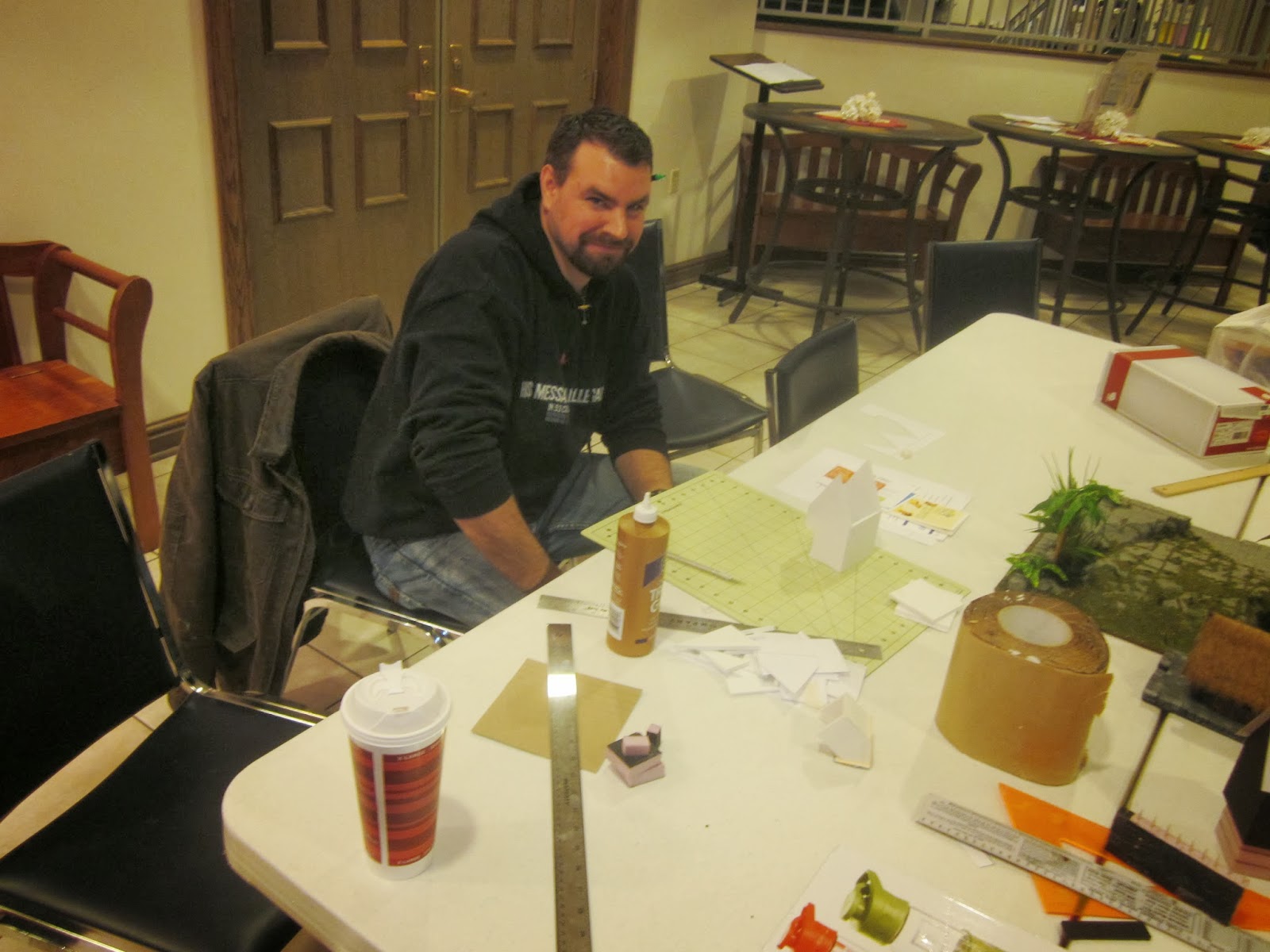 Their first project was and currently still is, to build a half timber house. The building is able to be used in a wide variety of games and time periods. The next series of posts will be how to cut, construct, assemble and paint a half timber house for yourself.

Till then, Have a Great Battle!
The Old Crow
Posted by Battleground Hobbies at 7:58 PM 1 comment: