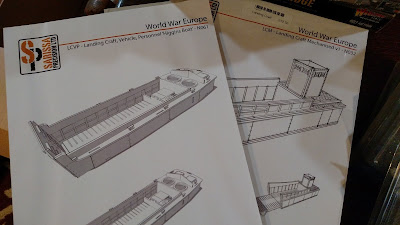 We picked up these Sarissa World War Europe LCVP and LCM to try out for an eventual landing assault on the Atlantic wall. 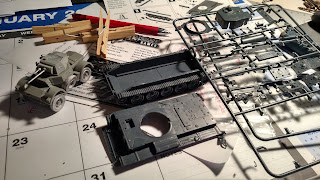 There will be a need to fill those landing craft so we also started to build reinforcements from Warlord Games. A British Cromwell medium tank and a Daimler Mk1 armored car are in the process. 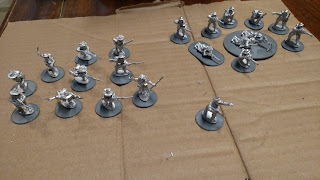 Additional infantry in the form of two Ghurka squads and an officer are being prepared too. The Warlord box set has a static firing squad and a squad charging into the fray! They are great miniatures and powerful troops on the tabletop. 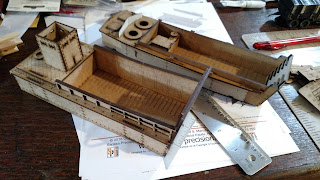 The LCVP (Landing Craft Vehicle Personnel) or Higgins boat went together very quickly as did the Landing Craft Mechanized (LCM). That is a consistent plus to the Sarissa kits, ease of assembly. 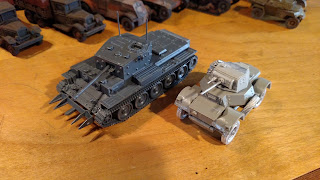 The vehicles need some stowage and will be ready to prime. 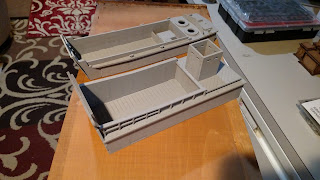 Here are the landing craft primed grey. We have US Machine Gun Crews on order from Warlord Games... 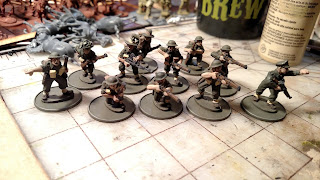 and finally the first Ghurka squad and officer have been primed and received a base coat.

Have a Great Battle!!
The Old Crow
Posted by Battleground Hobbies at 6:58 PM