How To do Practical Modelling and Stone Texture

A short while ago I was able to put model making to a very practical use. A stage design was needed and the directors sketch would not help the construction staff. So we helped build a scale model of the set and advise in the making of stone! Here is the set design model 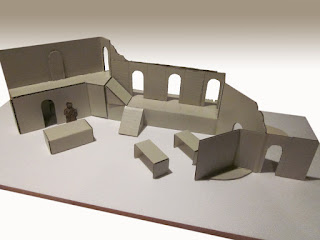 We've done several scale model projects with stone, the Leaping Wolf Inn and 40K Courtyard just to mention a couple. and this would be the same but on a much larger scale! 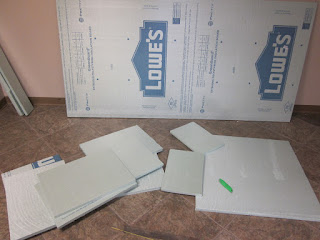 Using the same polystyrene we carved panels and individual stones 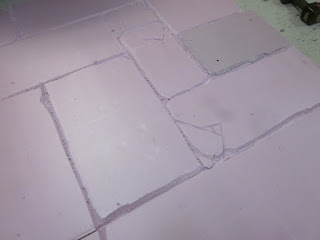 here's one of the panels 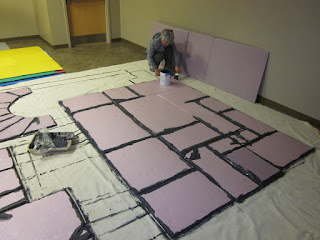 For stage, over emphasizing is not a bad thing as we did here in the "shadow" crevices between stones. 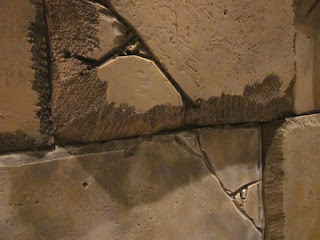 We added lots of texture, to the extent of overdoing it, so the drybrushing could be seen from a distance. 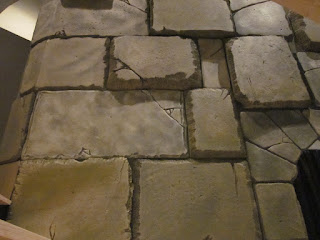 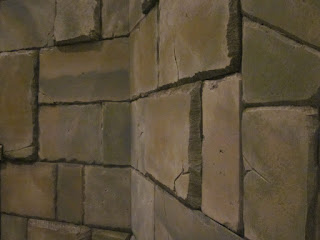 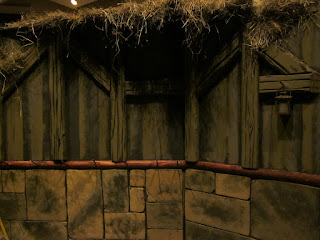 Timbers were carved too. Again, everything we do in model making only much larger!

To see the finished project, check out the "Set Design and Stage Construction" post on the Hendersonworks Blog

Now to model Space Marines and Vikings on this scale....

Have a Great Battle,
The Old Crow
Posted by Battleground Hobbies at 11:02 AM

Email ThisBlogThis!Share to TwitterShare to FacebookShare to Pinterest
Labels: How To, Modelling, Stone Texture