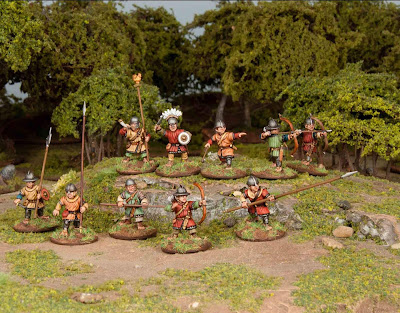 Let's build a Halfling army for Dragon Rampant on the cheap! We are always looking for inexpensive ways to field an army on any war game table and Dragon Rampant is a grand game for doing that! We'll show you how to get a halfling army on the table for as little as 46 USD. 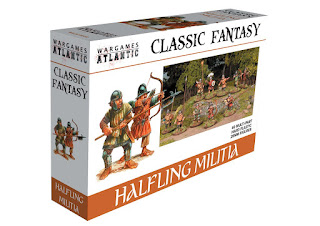 Wargames Atlantic has put out a Halfling Militia box set that contains 40, yes we said 40, of the brave folk of the Shire for only 34.95 plus shipping. With it as our starting point we will put together a 24 point Dragon Rampant army. This hard plastic box set allows you to build Halfling Militiamen equipped with bow, sling, halberd, or pike and with options for full command. 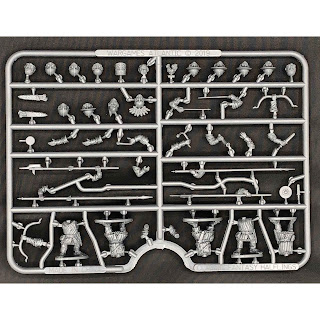 In Dragon Rampant a unit of 12 infantry is standard. The box set gives you eight sprues with 5 figures each, 15 different heads and all the equipment seen here. 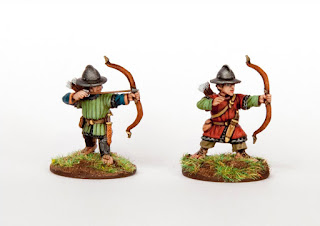 Let's start with a unit of archers or Light Missile troops for some ranged attacks. You can build up to 16 but only need to field 12. The Robin Hood cap and bare head options would do well on these chaps. We will add the Sharpshooter special rule to give them a better chance of hitting on their rolls. 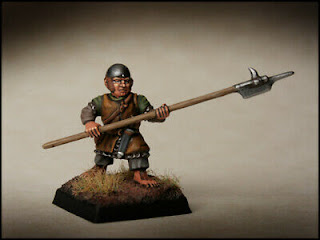 Next is a core of Heavy Foot. These guys don't attack strong but will give you a solid defensive unit to stay stuck in! There are enough options to build plenty of pike, spear and halberd wielding halflings and we only need 12 for our army so have plenty to spare. For our army we'll use the spear halberds for our heavies! Getting two on each sprue will make us the quantity we need for our unit. Sticking with the kettle hat, or brimmed helmet, will add consistency to the unit 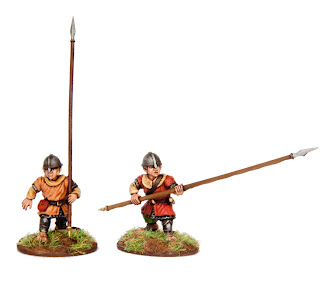 Next we will take a unit of Bellicose Foot which will pack a punch on the attack but are considered to have no armor so defense is low. We'll use the sword and spear options and use the various skull cap helmets. That will give you the third infantry squad for your army 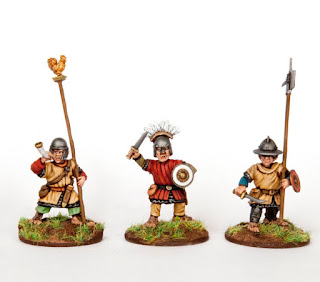 With the remaining four models we'd make a command unit with our general, musician, standard bearer and a hero. These will be a reduced model unit of Elite Foot We'll use the sugar loaf helmets on three of them and the crested helm for our general. You could mix and match anything you really wanted for this unit. 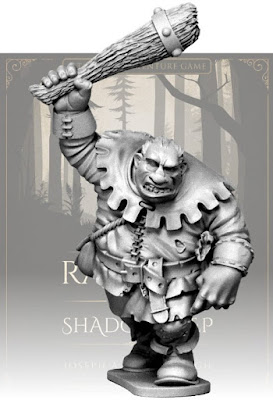 Lastly we'll add some additional muscle in the form of a Lesser War Beast. Northstar Military Figures Rangers of Shadows Deep line has a sweet Ogre for around 10.00. "While not inherently evil, they have a tendency towards violence and cruelty which makes them extremely susceptible to the corrupting influence of the Shadow Deep." For our purposes we can use the old lion and the mouse fable and assume a nice hobbit pulled a large splinter from his foot and now he works with the halflings.

There are a lot of other variations you could use like making 6 slingers to use as a unit of Scouts. Another would be to pick up a special general figure like this halfling hero on his pony, with three accompanying halflings from Copplestone Castings for around 11.00. 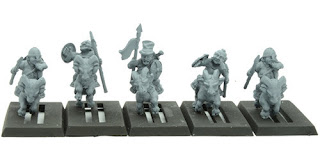 Warlord Games now offers halfling cavalry in the form of goat riders and heavy pig riders! You can get  5 goat riders for 28.00 and a command unit for about 25.00. 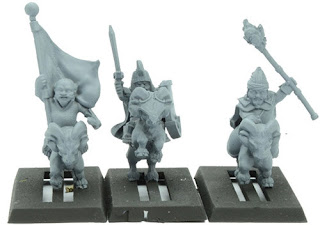 Options are only limited by what you can find out there on the internet.
So get building something!!

Have a Great Battle!!
The Old Crow


Posted by Battleground Hobbies at 3:12 PM