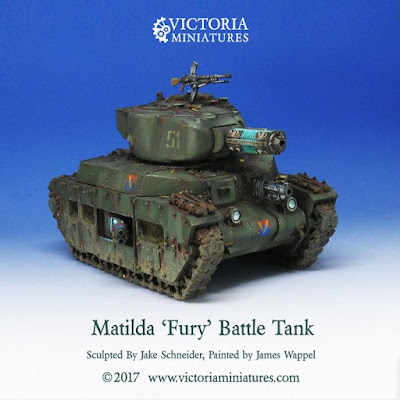 If you are on the lookout for some alternatives to Games Workshop Warhammer 40k miniatures, Check out Victoria Miniatures. They offer some fantastic vehicles which we'll focus on here, but they also have a nice line of figures. Here's the Matilda Fury Assault Tank! 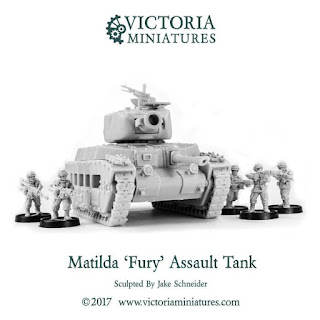 For those who play Bolt Action or other World War Two games, this is a nice hybrid of historic and futuristic! Most of the Victoria products are are sculpted by Victoria Lamb, the owner, and cast in fine resin. Jake Schneider does the designing and sculpting of hardware, weapons and the vehicles. All of the kits are 28mm Heroic scale so will blend well with any Warhammer 40K armies. 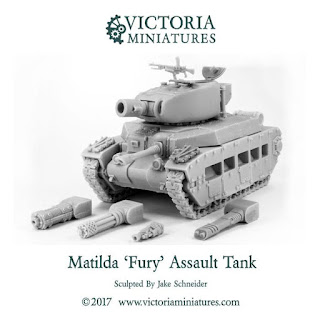 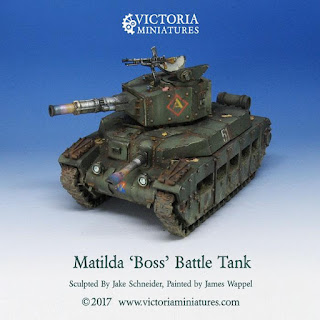 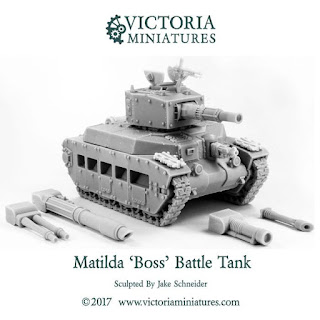 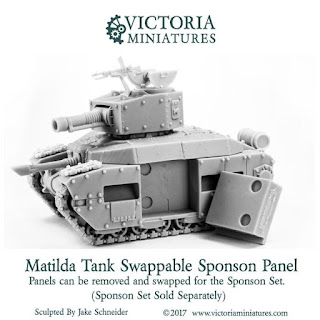 The Matilda tanks have insets to accept magnets 1/4 inch diameter x 1/32 inch thick. Two can be used for the turret mount and four can be used for each of the removable sponson side panels. 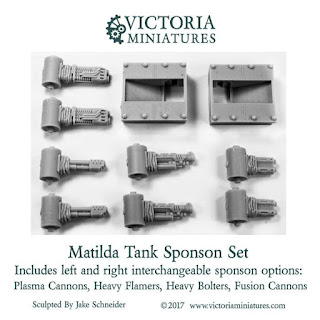 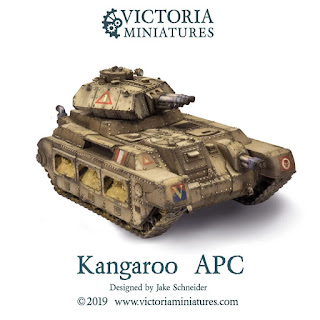 If these two beasts weren't enough for you, the Kangaroo APC is now available! 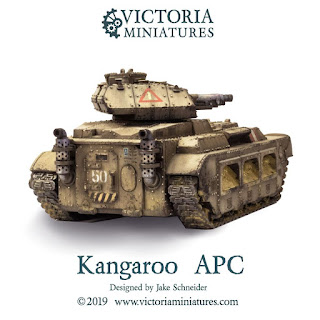 It's a highly detailed alternative transport option for you troops. So check out Victoria Miniatures regiments of the Galaxies Finest figures!! 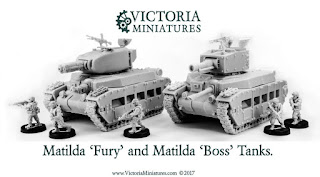 Have A Great Battle!
The Old Crow

Posted by Battleground Hobbies at 12:39 PM