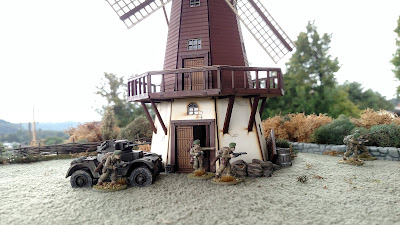 Have a look at this fabulous 4Ground kit, the European Windmill! Windmills played a part in the Second World War, particularly in the Netherlands, as shelter for refugees as well as look-out posts for the Wermacht. Here a group of British Commandos aided by a Daimler MK1 armoured car use the windmill as a base of operations to launch their attack. 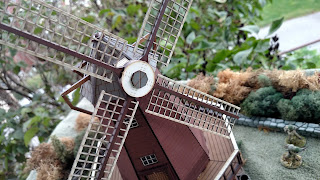 Some Resistance groups used the sails to send signals to warn the locals of impending Nazi raids and some were used by the Allied forces as radio outposts. 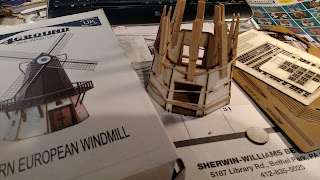 This is another great kit from 4Ground and probably the trickiest to build so far. Fortunately the full color step by step instructions help a lot. Refer to them often during the building process. 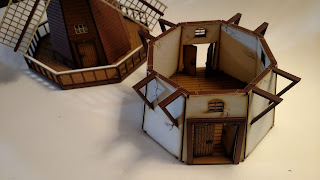 This multi-level kit can be used for snipers or spotters during your Bolt Action battles. 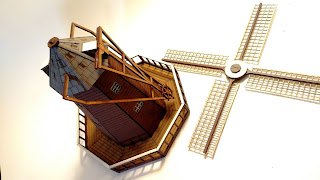 The roof cap can be spun around the building... 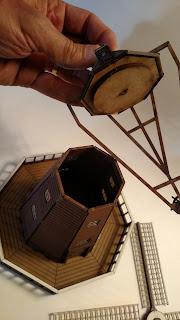 and does lift off. 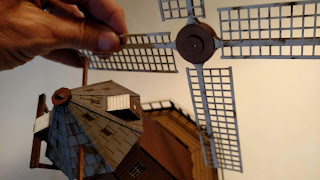 The sails are mounted and spin on a magnet too. 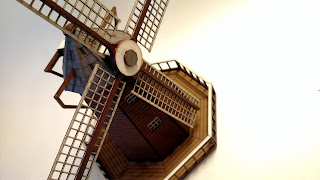 It's a grand unique piece for any table top battleground!! 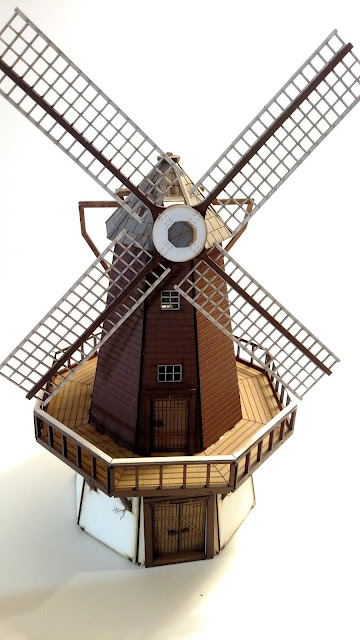 Have a Great Battle!!
The Old Crow
Posted by Battleground Hobbies at 5:36 PM