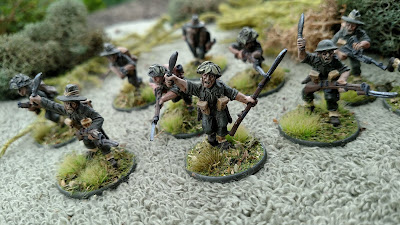 Gurkas, like these models from Warlord Games, served in the Second World War recruited from the sovereign state of Nepal. These tough allies to the British royal crown can really pack a punch. 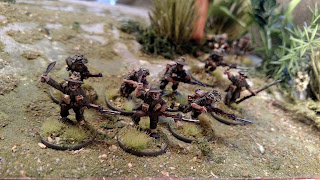 They fought in Syria, North Africa, Italy, Greece, as well as in Burma against the Japanese. 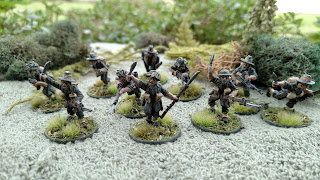 Each Gurka carries a traditional Nepalese knife known as a Khukuri or Kukri. 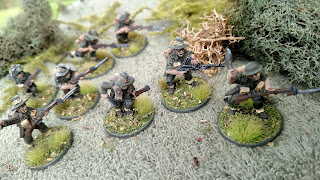 This heavy, curved blade is a fearsome close-combat weapon, as well as being useful for more mundane tasks such as clearing a path through dense jungle terrain. 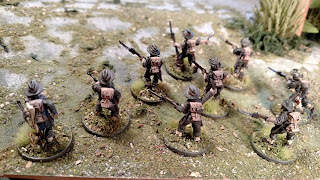 These guys are the completed charging section with NCO. 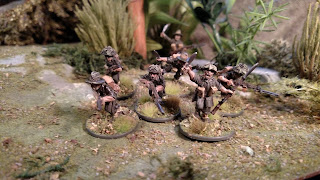 Have a Great Battle!
The Old Crow
Posted by Battleground Hobbies at 11:01 AM